Choose how you pay with Klarna.

Got a question? We got the answer!

How to assemble a sauna? Check it out here:

Find Owner's Manual you are looking for here:

Read on to learn more!

WHAT IS AN INFRARED HOME SAUNA?

Infrared saunas work differently than the traditional sweat-lodge inspired models. Instead of relying on an electric or wood-burning heat source, they use specific light waves. These light waves are called infraredand are a safe form of radiation. Normally radiation isn't something you'd want to expose yourself to, but in this case, it helps more than it hurts.

Far-Infrared (FIR) wavelengthsare electromagnetic spectrums with the range of 750 nanometers to 100 micrometres. These waves travel at a frequency range of 400 terahertz to three terahertz, with a proton range of 12.4 milli-electron volts. In English, that means the radiation levels are very low, compared to the superpower giving waves in comic books.

The idea for a FIR home sauna was thought up by Dr. John Harvey Kellogg, the cereal master. Other than making cereal, Dr. Kellogg was famous for his obsession for all things healing. He even founded a tuberculosis healing Institute in the healing dry air of Colorado. At this time, they used specially treated bulbs to emit the red-colored light.

In modern times, the method is similar, but the bulbs have profited from major upgrades. You will no longer feel like you're in the middle of a solar eclipse while bathing in a FIR home sauna.

A far-Infrared home sauna boasts similar benefits to a regular sauna, with a few key differences. For example, heat-based saunas aren't thought to heal wounds and scars (but more on that later). 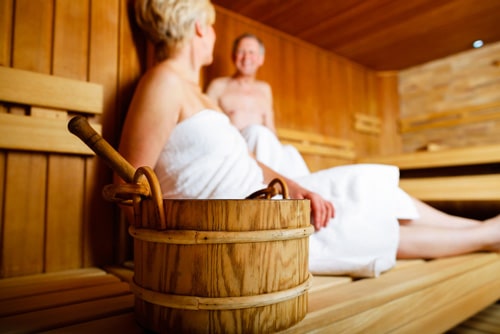 Like a normal sauna, time in an infrared home sauna will lower the body's blood pressure. The heat relaxes your heart and veins, letting blood flow more easily through. When your heart doesn't need to work as hard to pump blood, your blood pressure lowers. Lowering your blood pressure, even during just a few sessions per week can treat many stress or heart-related diseases*.

*Infrared sauna therapy is to be used alongside modern medicine, not to replace it.

LOWER SIDE EFFECTS OF DIABETES

In 2010, the Journal of Complementary and Alternative medicinedid a study on type two diabetes and infrared sauna use. They tracked multiple type two diabetes symptoms, such as fatigue, depression, pain, and heart failure. What they found was that the group with regular infrared home sauna use had their pain threshold raised.

Which is to say, the sauna may not have changed their pain levels but it changed their perception of them. This result is better than it sounds. When you're a chronic pain sufferer, anything helps! 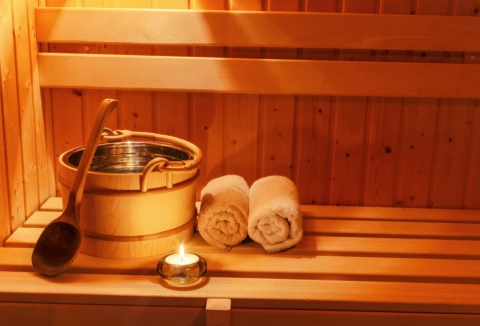 The construction of infrared saunas is different than a traditional home sauna. The quality ones are internally lined with ceramic tiles or specially treated wood. Ceramicis a great heat conductor. It allows enough heat to gather, without getting dangerously hot. The infrared rays travel better inside a ceramic chamber than an untreated wood one, where they would be partially absorbed.

If you find any of these benefits interesting, it may time to look into an infrared home sauna. Units are available to install in houses of all sizes and some can be customized to your specific dimensions. Our experts are standing by ready to help you sauna your way to a healthier life.

One of the differences between an infrared home sauna and a traditional is the effect infrared rays have on your body. It's said that different types of infrared rays (near far and middle) heal different parts of the body. Far infrared rays are for detoxification, clearing your skin and your blood vessels.

Near-infrared rays penetrate into your muscles. The positive radiation effect helps cells renew themselves. Your body is constantly turning over cell mater, reshaping it and getting rid of the waste. These infrared rays make that process more efficient so the body can concentrate on new cell and tissue growth.

With this cell regeneration, people with wounds and injuries find themselves healing better with regular infrared sauna use.

Like the time in a heat-basedhome sauna, the time spent heating and cooling down afterwards gives your body a small workout. Your body works hard to re-acclimate to the new temperature and that work burns calories. A number of calories depending on the person. Some bodies burn calories more easily, while others are slow-burning. In the right conditions, someone can burn up to 600 calories per sauna session!

If the infrared sauna is big enough and you are feeling strong, do some light(!) stretches while you're relaxing post workout. You'll keep your calorie burn going and heal your muscles faster. 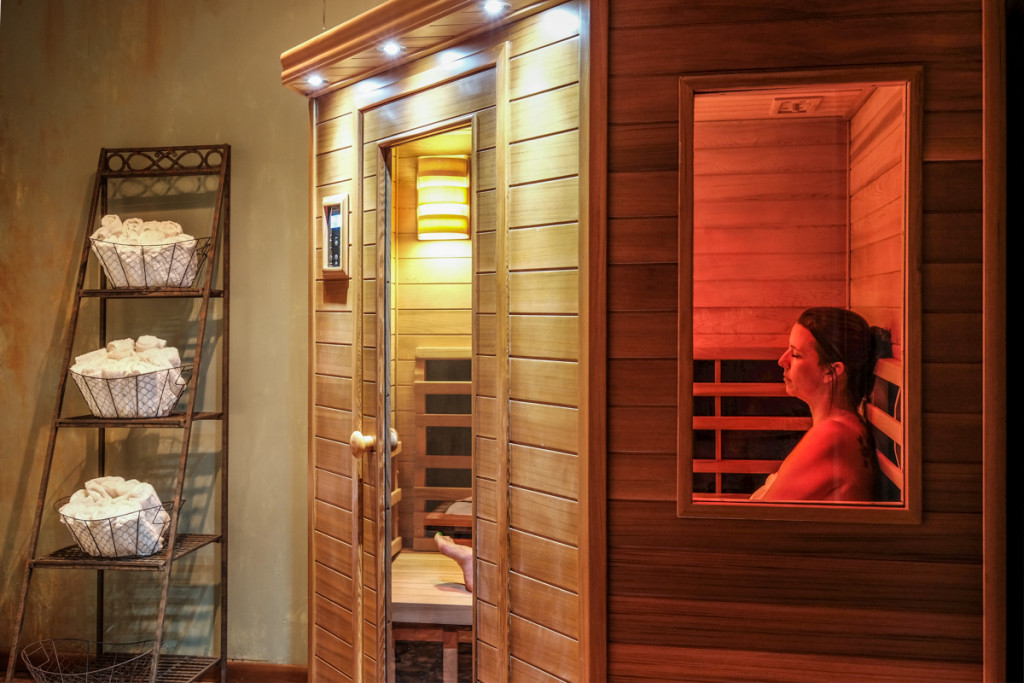